I originally wrote this blog last December, but in the light of the premiere of the new One Direction movie, “This Is Us”, I thought I’d give it a refresh.

An estimated crowd of 70,000 squeezed into London’s Leicester Square in an effort to catch a glimpse of the world’s biggest boy band as they turned up for the premiere of their movie. It’s a familiar scene for them. When they celebrated the release of their album Take Me Home on the Today show in New York late last year over 15,000 screaming fans in Rockefeller Plaza many of whom had camped out for as long as five days in the freezing cold and rain.

Around the same time The Rolling Stones were celebrating 50 years in the industry by playing to a sell-out London crowd for the first time since 2007. The Stones, all in their 60s and 70s, performed in front of 20,000 screaming fans at the O2 and then went on this year to play Hyde Park and Glastonbury in triumph.

All very interesting but what’s the point? Look at it from a marketing perspective. It’s worth noting the differences between the high octane, smash and grab approach of One Direction, hitting the consumer on multiple touch points, ramping up consumer awareness steeply and sharply in multiple markets, utilising every tool at their disposal in order to create a wave of enthusiasm and hysteria that the brand can exploit without, one would suggest, expecting to still be around in five, ten let alone fifty years. It’s classic get into the market, make as much impact as you can, exploit it for what you are able and get out before the market moves away from you.

Of course, one could argue that what One Direction are doing now is no different to the way the Stones built their following in the 60s. The difference, perhaps, is that the machine behind the One Direction brand is creating the market rather than merely riding it in a very modern marketing manner. The fans have bought into the brand, knowing that it comprises much more than just the music. They are buying into a brand which offers the individuals, the fashion, the promise and the brand values of fun, sex and a dose of boy-next-door naughtiness.

Contrast this with the Stones, whose whole brand since the 60s has been built on longevity; on creating a sustainable, loyal follower base whilst ensuring that the brand has always remained current, never really retro and has avoided being tarnished with the nostalgia tag that has affected so many others. This has required a different approach to. They have recognised the value in being more sparing in their use of the individuals, of understanding what their consumers want from the Rolling Stones brand, of keeping the brand values consistent, even as the band members get older. There is still the same sense of rebellion about the Stones that there was at the beginning, which has kept the brand valid and true even though that’s hard to maintain convincingly as the members reach their seventies. What they have achieved is an authenticity and aspirational nature around the brand across all of its elements that has made it better placed than almost anyone else to play the long game and not only survive, but win.

The common factor, of course, is that both are giving their consumers what they want at this particular moment in time. But how does this transfer to other brands and businesses. How successful are other brands at creating the market rather than merely riding it. How many businesses look within themselves and actually utilise the ability they have to shape the market to meet their commercial objectives. And what prevents them from so doing? How many assess the importance of refreshing the brand and the way it communicates in order to keep it current.

Essentially it’s three things: a lack of genuine understanding about the brand and how that suites with what the consumer really wants. Don’t forget, you need to position the brand according to what your market is looking for – not what you think it should be looking for. A lack of imagination – brands not exploiting creative marketing thinking and doing what they have always done previously, regardless of the results it has delivered. As one client once said to me “if you always do what you’ve always done, you’ll always get what you’ve always had.” And finally there is fear. Brands are frightened, especially in the current climate, to stand out even though they know the potential rewards are greatest for those that impose themselves on their markets, in a structured, targeted and creative manner.

The brands that are the most successful are the boldest and most targeted in the way they approach their markets. Get it right and the world could be talking about you. Fail, and your brand could disappear faster than the last X Factor contestant to fade quickly away.

We all know it’s a changing business world. The digitisation of business offers benefits and advantages we could hitherto have only dreamt about. Indeed one of the recurring themes of the Accelerate 2013 conference on business growth that we attended in Liverpool last week was that, big or small, companies need to ensure that they are ready for the changing business landscape and adapting to it. Ignoring it because you don’t understand it or can’t see how it can work for you will soon render your business as a dinosaur – and we all know what happened to them. Digital platforms must become an integral part of how your business engages with its markets and made to work for them – not be a crude bolt-on to them.

And along with that there needs to be a change in outlook to marketing. We are as guilty as everyone – we call ourselves a PR agency because it is a term people understand; but in doing so we focus solely on just one of the disciplines that we use (PR) and not what we are actually about, which is helping our clients engage with existing and potential customers and grow their businesses. How we do that, in a sense, is irrelevant.

People are fixated on the fact that online and mass media can help them reach the world. The reality, of course, is that most businesses don’t want or need to reach the world. They need to reach a carefully targeted community most likely to buy their products. You can still use online and PR to do this but it requires a mind shift from many clients to get it right. Don’t focus on the many, focus on the comparative few that can actually make a tangible difference to your bottom line. By adopting a surgical approach to social platforms, using data to target down to individual potential customers and ensuring that your media work is specific and relevant to these groups you will achieve far more than if you try and take on the world and simply get lost in the crowd.

We know it can work because we’ve done it for others. We think it’s an astute approach to marketing in 2013. Now, if we could only find a way of summing it up in a few words… 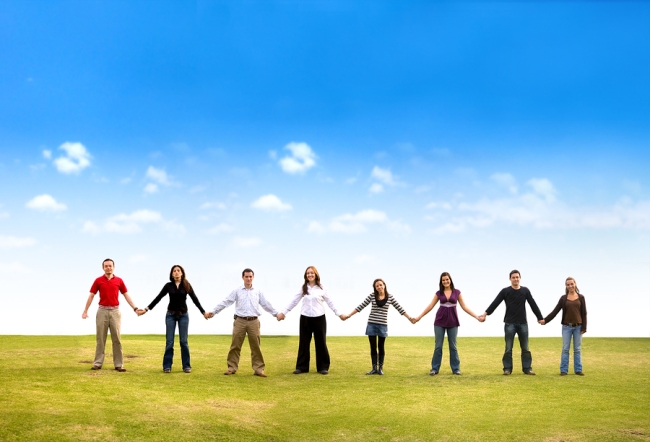